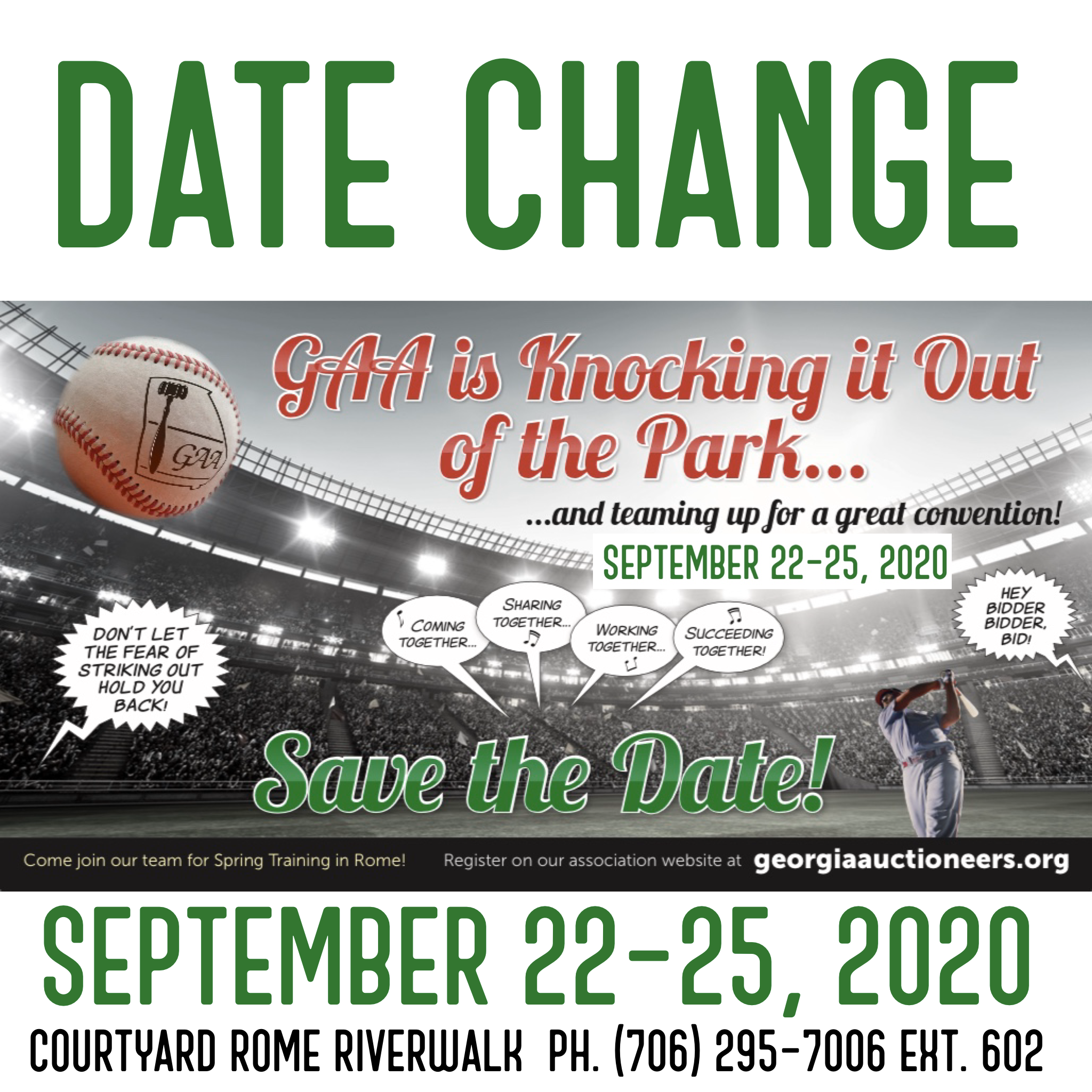 Hello, I am Cali Crissup and I serve as the Executive Director for the Auctioneers Associations in Alabama, Arizona, Arkansas, Georgia & Oklahoma. The Georgia Auctioneers Associations have an upcoming Convention & we would love to see you there! Due to COVID-19, we have moved our Spring Meeting to the Fall. All attendees must sign a COVID-19 waiver to attend our events. Please bring a mask for when social distancing is not a possibility.

If attending is not an option or you feel unsafe in doing so, please visit Conerstone CE to complete your hours online. Click the Online Class link below or contact them by phone at 888-449-3450.

Click Here to Complete Your CE ONLINE with Cornerstone CE!

The month has finally arrived for our Conference and Bid Calling Contest.  I want to thank the board for their work through everything 2020 has brought.  I want to thank you, the membership, for your patience and support.  I have had the pleasure to meet many new auctioneers from across the state and look forward to seeing everyone later this month.  We have compiled a diverse slate of speakers to touch on all areas of the auction industry. We look forward to crowning a new Bid Calling Champion and seeing who walks away in our new Champion of Champions division.  I would like to personally invite you to Rome this September to come together to learn and celebrate this industry we all love.

Georgia Auctioneers Association Annual Convention!!
SAVE THE DATE!
Networking with some of the top professionals in the business!.  Learn new ways to grow your business!

Contests have a $0 Entry Fee.  In order to enter you must have a current paid membership with GAA and have registered for convention.
Junior  (16 & Under), Rookie, Ringman, and Pro
AND
Champion of Champion (Previous Champion of the Pro Bid Calling Contest)
Marketing Competitions for: Social Media, Online Media, Digital Media, Print Media 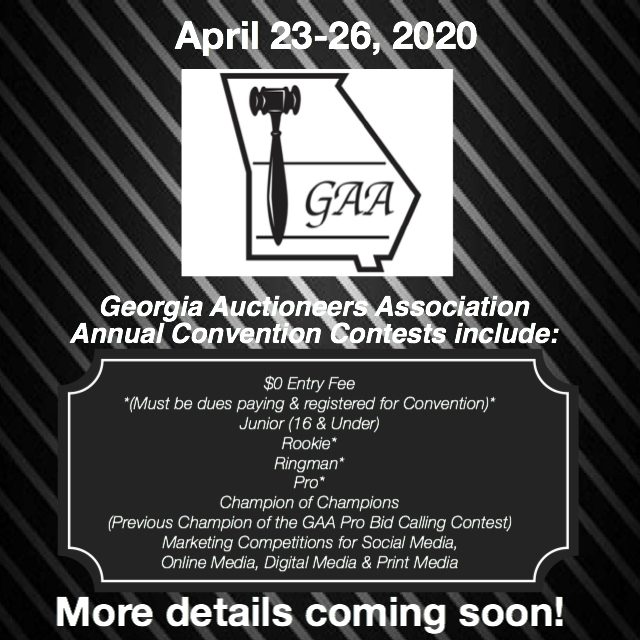 Mr. Harb aka... the Auctioneer Insurance Guy, is the founder and CEO of AuctioneerInsurance.com, offered by IT Risk Managers, Inc. This program was designed by auctioneers, for auctioneers. He is a graduate of the Ohio Auction School and the Professional Ringmen Institute (PRI). 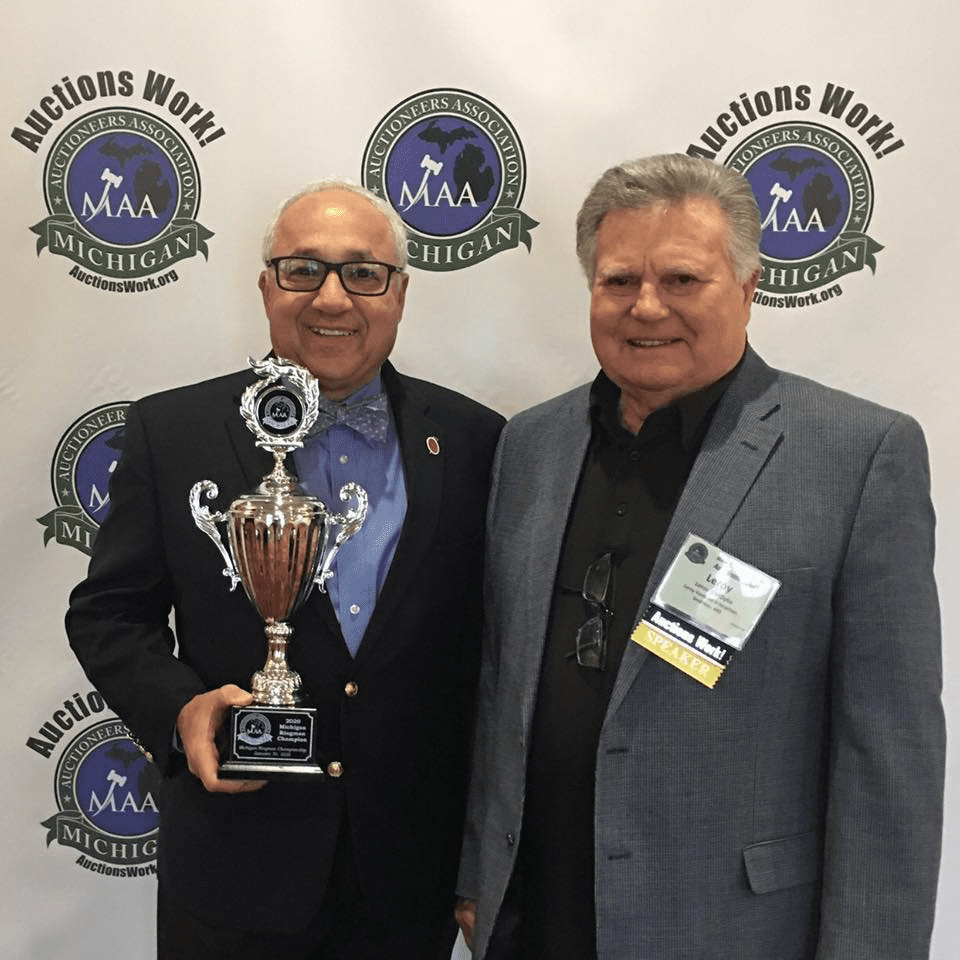 Started at the beginning of the century, IT Risk Managers, Inc. is a national niche insurance broker that provides risk management solutions for niche’ industries such as the auction indus- try, technology industry or business that use technology and the cannabis industry. We are one of the industry’s premier brokers of Database or Cyber Insurance.

IT Risk Managers is licensed in all 50 states to market all types of Property and Casualty insurance products. For more information visit our website, www.AuctioneerInsurance.com Mr. Harb has over thirty years of experience in the financial services and insurance industries. During his career he has also served as an instructor at Michigan State University and Illinois Institute of Technology. He is also an instructor of Auction Risk Management for the Kentucky Auction Academy, Continental Auctioneers School and the North Georgia School of Auctioneering. Mr. Harb holds a Masters of Management degree from Northwestern University’s Kellogg School of Management and a Bachelors degree from Northern Illinois University. . He co- authored the book Reinventing the Retail Bank published in 1994. He is a Certified Identity Theft Risk Management Specialist and has written numerous articles and is a frequent guest speaker at industry conferences. Larry was recently named the 2020 Michigan Ringman Champion!

Junior Staggs, CAI is a first generation auctioneer and 2007 graduate of Nashville Auction School, where he served as class president. He is a 2016 Graduate of the Certified Auctioneers Institute, the highest Professional Designation attainable by auctioneers. Junior is an active member of the Tennessee, Kentucky, Georgia, Michigan, Arkansas and National Auctioneers Associations. Mr. Staggs has served on various committees. 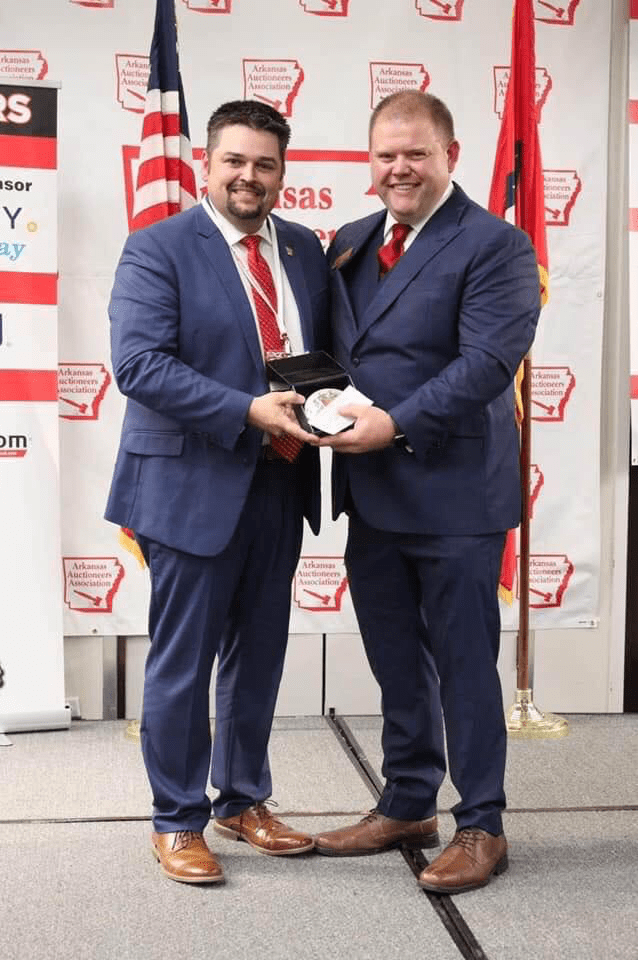 Junior is an 8 Time Champion Auctioneer and Owner of The Auctioneer Print and The Bid Calling Boot Camp. 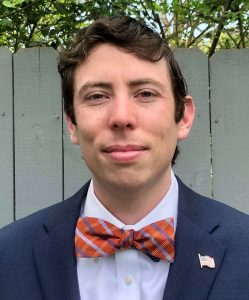 Topic: Success and Succession: Protecting Yourself and Your Business from Start to Finish 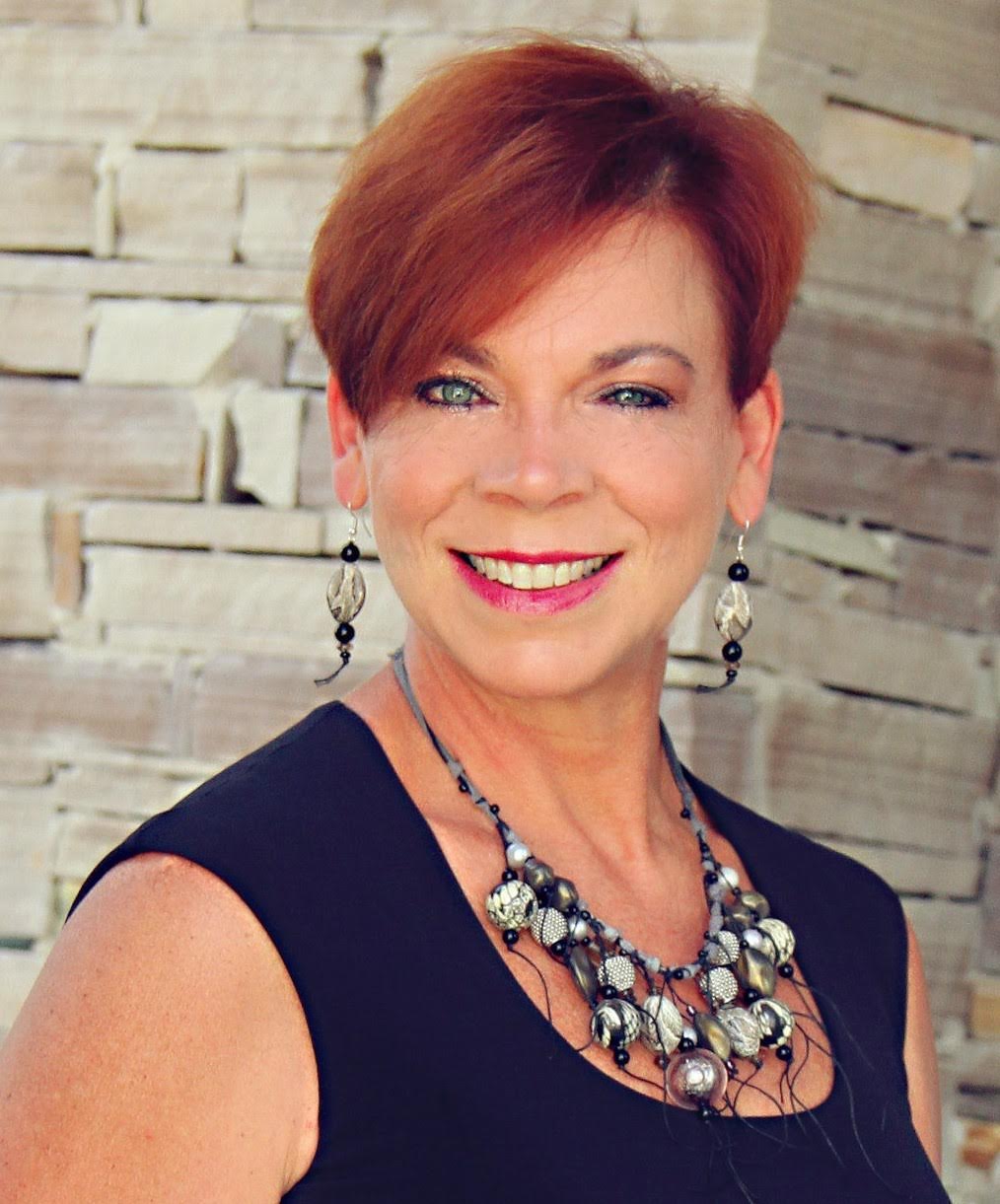 Cheryl King is the Founder of King Title Group and the Partner for Thomas & Brown, Attorneys at Law. Cheryl is active in the Real Estate Section of the Bar. She is the Director of the Infinity Institute and frequently provides presentations to attorneys, mortgage companies and real estate companies on loan fraud, contract creation, contract interpretation, cyber security and social media. She is a certified Social Media Professional and a certified instructor for the Georgia Association of REALTORS® Partners in Education Department. Cheryl received a Bachelor of Arts degree from Louisiana State University and a Juris Doctor degree from University of Richmond Law School. While attending University of Richmond, she was the Managing Editor of the Journal of Law and Technology and a published author. Cheryl is a licensed REALTOR®. While she does not sell real estate, her membership as a licensee provides her the ability to participate as a member of the Georgia Association of REALTORS® for which she sits on the Legislative Affairs Committee, Professional Development Committee and the GAR Forms Exhibits Subcommittee. Topic--Wills, Trusts & Powers of Attorney: Don’t let title issues affect your closings at the last minute! By being attentive, asking the right questions and knowing the basics of title examinations, you can reduce – if not eliminate – last minute delays. This course not only reviews many title issues and how these issues can be addressed long before closing, but also applicable provisions of the GAR Purchase and Sales Agreements. 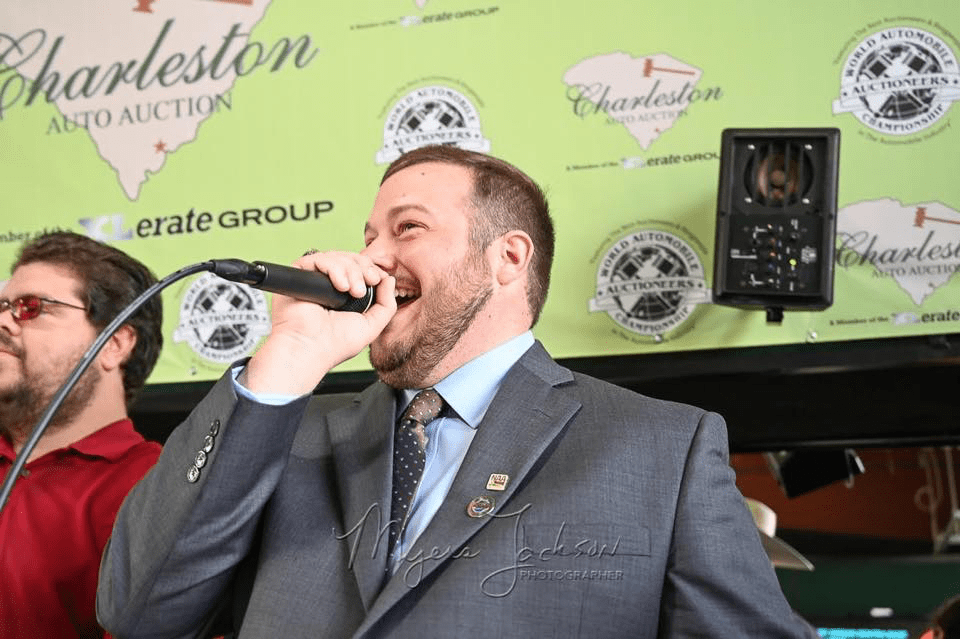 NAA member. I grew up in Berkeley Springs, WV where we still operate our family farm and a cow/ calf operation. I live currently in Southside, AL. I work 5 automobile auctions weekly and 2 livestock markets weekly. Also I work throughout the US selling special feeder cattle and livestock auctions. I conduct several estate and equipment auctions throughout the year in partner with Jay lawyer auction services in WV, PA, VA, and MD. I work as a full time contract auctioneer. My speaking and Education presentations have been mainly on livestock auctioneering and automobile auctioneering. During my reign as 15’ WLAC I made over 40 guest appearances at livestock markets across the US represent- ing the Livestock Marketing Association and livestock auctioneers. I was an ambassador in promoting selling livestock the auction way. I had several interviews to highlight one with NY Times magazine and a overseas interview with BBC in Europe on livestock auctioneers.

Fifth-generation auctioneer Brigitte Kruse is the founder of GWS Auctions, which specializes in high-profile, celebrity-owned assets, royal family estates, Vietnamese artifacts, and fine jewelry sales. GWS Auctions has worked closely with members of the Presley family, MGM archives, museums, top Hollywood archive facilities and rep- resented 16 royal family collections at public sale. Recognized as a knowledgeable industry professional, Kruse has appeared on numerous national media outlets— including Forbes, Fortune Maga- zine, Fox Business National News with Maria Bartiromo, CNN, NBC, ABC, CBS, Bloomberg, KTLA, and Good Day LA—providing valuable insights into the auction business. GWS Auctions has received wide national and international coverage from Forbes, MSNBC, CNN, The New York Times, the Los Angeles Times, the Chicago Tribune, The Economist, CNBC, USA Today, the New York Post, the Miami Herald, Associated Press and Reuters in more than 38 countries and in 32 languages. A self- made success, Kruse and her husband started the company out of their garage in 2009. GWS Auctions has grown from those humble beginnings and now has an office in Agoura Hills and manages a network of buyers all over the globe. Brigitte Kruse is the first woman auctioneer to set a Guinness World Record and is a proud member of the National Auctioneers Association, Forbes Business Council and is able to conduct auctions in five languages. She is also President of the Kruse Foundation and a Board Member of the Beverly Hills Design Institute. 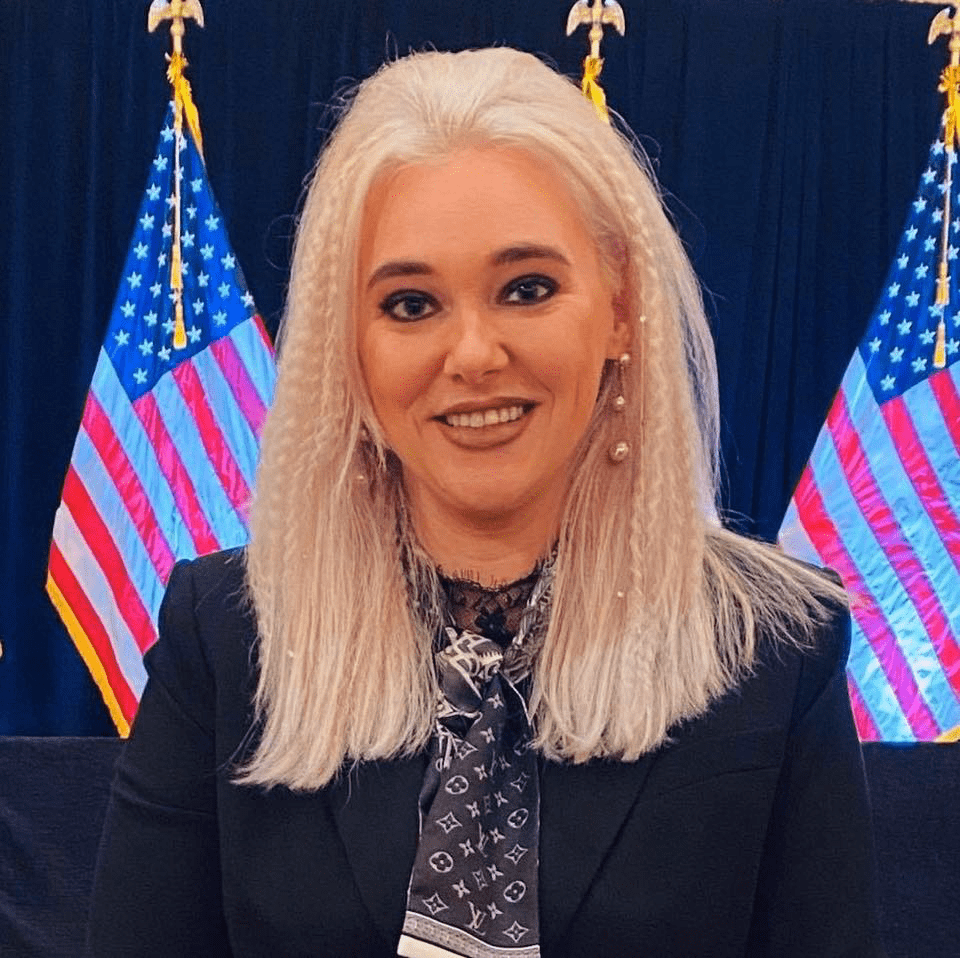 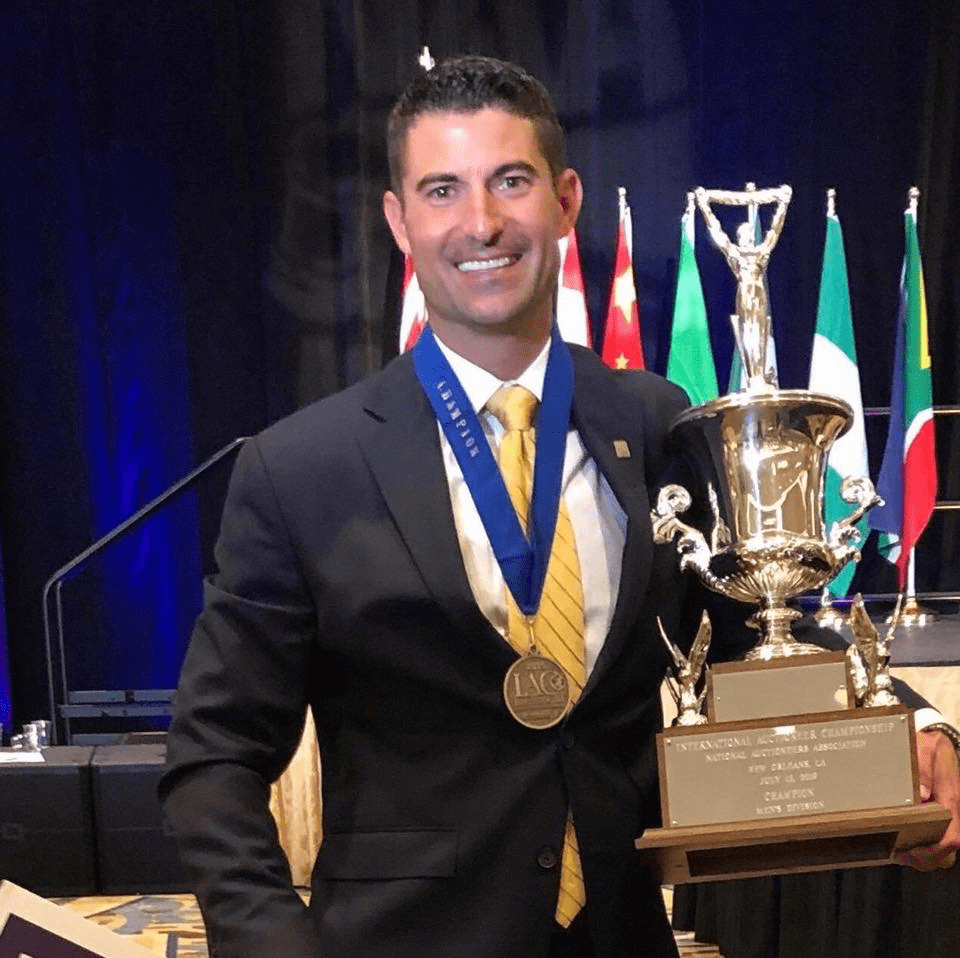 Trey is a native of Mayfield, Kentucky and a graduate of Murray State University (MSU) in Murray, Kentucky where he earned a Bachelor of Science degree.Trey holds the prestigious Certified Auctioneers Institute (CAI) designation from the National Auctioneers Association’s Education Institute. In 2016, Trey was awarded with the Pat Massart Award at the Certified Auctioneers Institute in Bloomington, IN.Trey specializes in consulting with non-profits and associations to help them achieve their fundraising goals through live auction and special appeals. He has become a fixture for organizations like American Heart Association, Ronald McDonald House Charities and St. Jude Children’s Research Hospital. Trey has joined forces with A-List celebrities, professional athletes, country music stars and various non-profits with a shared vision to help raise millions of dollars for worthy causes. Comfort in front of crowds and with a microphone has come from many life experiences including his role as auctioneer and block announcer for Barrett Jackson, The World’s Greatest Collector Car Auctions®, featured on the Discovery Networks.With 14 years of experience in the industry, Trey also works equipment auctions, wholesale automobile auctions and maintains his own real estate auction practice. Trey was recognized as the 2019 International Auctioneers Champion, 2014 Canadian Champion Auctioneer and 2012 Kentucky State Champion Auctioneer.He is an active member and ambassador of the National Auctioneers Association and member of the Kentucky Auctioneers Association. Topic: JUMP: Making Your Goals a Reality Is it time to make the jump to the next stage of your auction career? This presentation focuses on preparing emotionally, financially and practically to achieve your next career goal or make a bold business move. Whether you are brand new in the business, currently only in the business part-time, or a seasoned pro, this presentation will equip you to take the critical steps in order to jump towards the next stage in your career.

Don't Forget to Compete in our Contests! 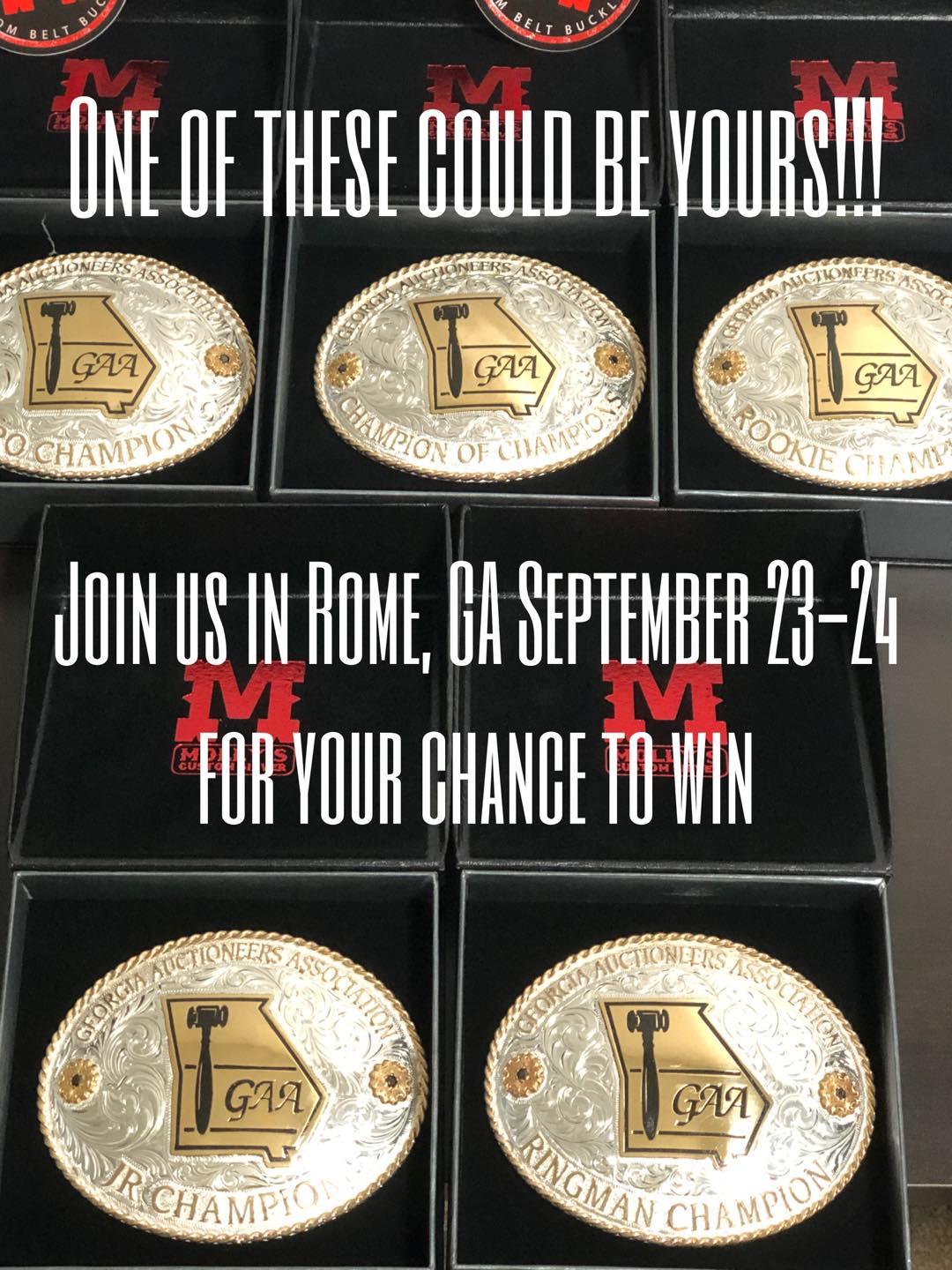 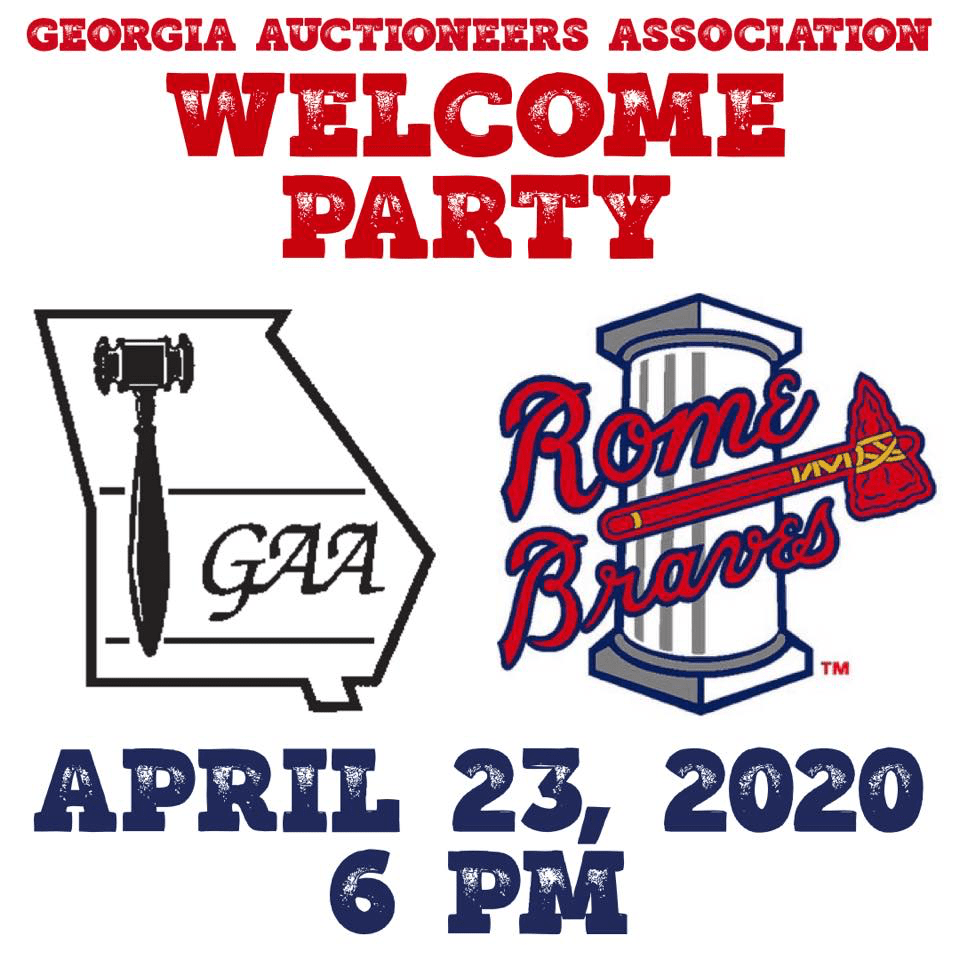 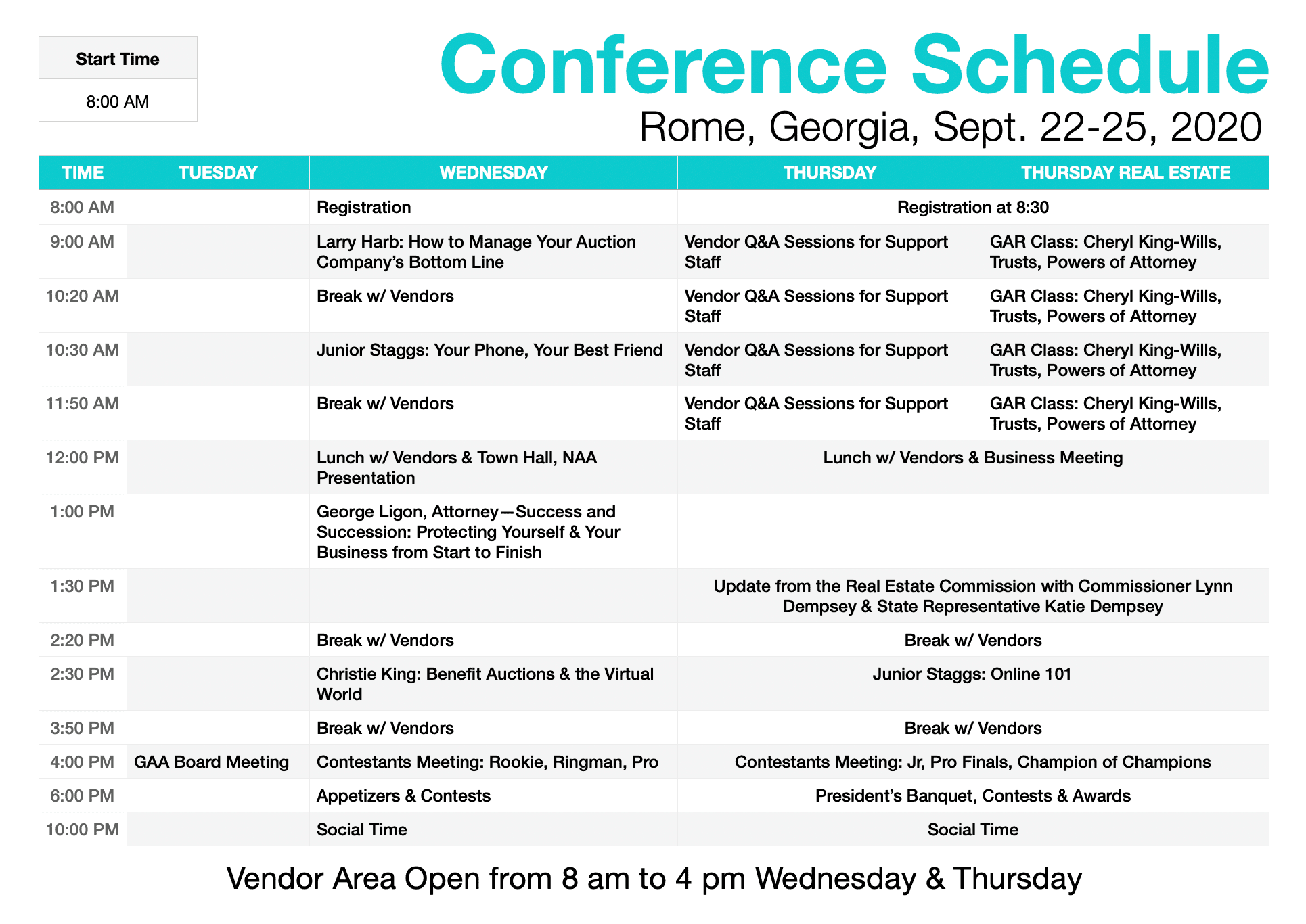 Below you will find a link that will direct you to an Eventbrite Page & allow you to select any sponsorship levels, trade-show booths or vendor opportunities. I have included a Donation button on Eventbrite, as we know not every company can do a large sponsorship. We want to recognize each and every dollar that is donated to our associations. Sponsorships must be paid for by September 10th to be on our signage!

If you have any questions or concerns, please feel free to contact me directly. My phone number is 580-327-7525. If you would like to make a payment by check, please address to the association and mail to: PO Box 71, Stillwater, OK 74076.

Thank you for your time & support of the auction industry!